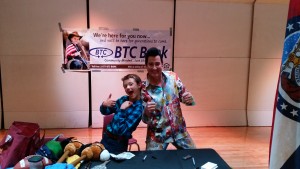 He stars in his own television show currently aired worldwide on the Trinity Broadcast Network and the Smile of a Child Network. Retro Bill has also provided voice-overs for numerous TV shows, commercials and cartoon programs — including SpongeBob SquarePants. He is the International D.A.R.E. Safety and Self-Esteem Buddy and the Host of America’s National Kids Day.

He has spoken in schools in all 50 states and throughout the Provinces of Canada. He has been referred to in his 20 years of working with law enforcement and educators as a ‘powerful and effective communicator and motivator for kids and adults alike,’ according to a release. 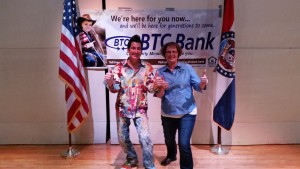 The Mascot Debit Card is available for new accounts
or replacement card for an existing account.
Show Your School Spirit